Thank you Liz for the 5 star review!

Written by Admin on September 28, 2020. Posted in Company Info 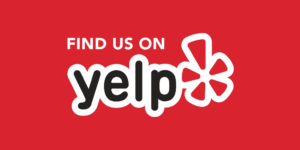 I was so satisfied with the service provided by House to Home.  Eric and Julius wore masks which set me at ease right away.  They were both friendly and courteous.  They covered door frames for protection and were extremely organized and efficient while moving my furniture from my two story to a single story home in a timely manner and on budget.  I plan on moving again in the near future when I find my perfect forever home, and will not hesitate to schedule my next move with this company.  I highly recommend using House to Home for your moving services.

Written by Admin on September 15, 2020. Posted in Moving Tips Beware the moving brokers: They could leave you broke. An old story from ABC News but still relevant today.

There’s a little-known industry you need to be aware of before you relocate. They’re called “moving brokers” and experts say the very structure of how they work can cause a lot of headaches for consumers.

Many of the moving sites on the Internet are actually run by moving brokers. (Often they let you think they are movers when, in fact, they are just brokers.) These are middlemen who don’t actually move you themselves. Instead, they give you an estimate and then find a mover to haul your stuff.

Unfortunately, the government isn’t doing much to protect you, so you’ll have to watch out for yourself. In July 2005, Congress passed a law ordering the Department of Transportation to put rules in place to protect people from bad moving brokers, but three years later — still no rules.

In fact, the new rules governing moving brokers are not expected to be introduced until spring 2009. So here’s what to look out for.

Every moving broker I know of gives its estimates by phone. They ask you to walk through your house and describe what is in each room. There are a couple of problems with that.

First of all, the Federal Motor Carrier Safety Administration (FMCSA), which regulates interstate movers and brokers, says phone estimates — particularly estimates that seem too good to be true — are a red flag that you may be dealing with a rogue mover who will pick your goods up and then hold them hostage until you’ve agreed to pay a substantially higher fee.

Second, you are not a professional moving estimator. When your move is more expensive than quoted, the broker can them blame you and say you weren’t honest about how much furniture you had. Even if you’re thorough, it’s hard for a non-expert to know how many boxes it takes to hold all the books in your living room. And it’s easy to forget about things like the grill out on your patio.

Third, the broker is not the one who has to actually transport your goods for the price quoted. So he does not have that personal motivation to make sure his price will cover it. If the quote is too low, loopholes in the law make it fairly easy for the mover to throw out the broker’s quote and raise the price. Countless consumers have complained that they received lowball quotes from moving brokers and then the actual mover jacked up the price.

Read the rest of the story here…

Maximizing Space for a Storage Unit 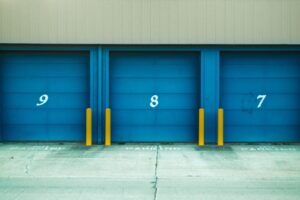 Maximize your storage unit’s space by starting at the bottom

The best way to maximize space in your storage unit is to start at the bottom and stack up. Put your heaviest boxes on the bottom layer. Then work your way up to the top, putting your lightest items there. Just remember to leave an aisle to walk through your storage unit and to keep necessary items accessible.

Did you know you can install shelving in your storage unit? You can purchase hanging shelves and temporarily drill them into the wall, or get large plastic or metal shelves that stand on the ground. This can help organize large or oddly shaped items that won’t fit in boxes.

When you pack furniture for a storage unit, take it apart as much as possible. For items like dresser drawers that can’t be broken down, pack smaller boxes and fragile items in the drawers and underneath. Get creative!

We're the local moving company that does your move the right way. Whether moving across town or out of state, you can rely on our expert, caring movers.